I am an owner, and I do my own property management.

On Sept 21, 2015, I signed a residential rental agreement, with a single male tenant to rent a suite in my duplex. The term of the lease was until June 30, 2016. Two conditions of the agreement were no pets and no smoking.

A week after signing the agreement I decided to stop by the suite and see how the new tenant was doing and what the suite looked like with his furniture. Beside the porch were numerous cigarette butts. I knocked on the door and I was allowed to come in. I saw numerous people smoking and, bicycles were in the process of being dismantled in the furnace room. I also saw more than one mattress in the bedroom. Red flags for me, went off immediately. I also received returned cheques from my Bank for the security deposit and first months rent.

I called Don at Edmonton Eviction Services. With his assistance, proper paperwork was filled with the Landlord and Tenant Board Court and a hearing was set for late Oct. 2016. The lease was broken and we received a favorable judgement. The Tenant had five days to move out.

On move out day, the tenant served me with court notice. The tenant was trying to over-turn judgement previously given to me. Court was for the next day @ 10:00 AM. Don attended with me, and again we received a favorable judgement again, and the tenant was ordered to pay me $500 that day by 4:00 P<. so he could stay in my place for a week, then he had to move out. The tenant was given time by the court to find another place to rent. On moveout day, the Tenant had not moved. He and friends were still occupying my suite. Again, Don was needed with court documents in hand and a sheriff, the tenant was finally convinced to leave. After two court sessions, and the use of a sheriff, I really appreciated being able to use Don and his expertise to evict undesirable tenant. Thanks Don!! 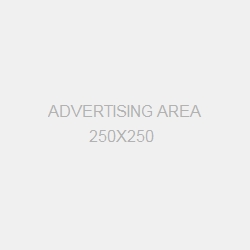