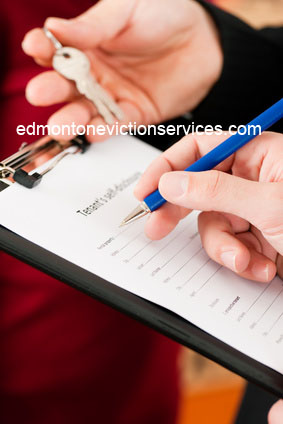 If you are a landlord and you signed your name on a landlord-tenant agreement you are officially bound to carry out your responsibilities and follow the rules as stated in the Residential Tenancies Act. Failure to abide by the said rules will automatically constitute an offence which can cause you to pay a fine or lose tenants, among others.

Being a landlord does not mean you are the boss. While you may own or manage the property being rented out, you are in a way in charge of ensuring the safety, comfort, and well-being of your tenants.

While your tenants also have their own set of responsibilities and accountabilities, your actions and performance of duties should not be dependent on the compliance of the former. Just because you have tenants who pay late at times will never justify your increasing rent without notice or being negligent of repairs under your care.

One of the basic ways to show that you are taking your job seriously is by ensuring that you acquire various landlord forms that are compliant with Alberta’s Residential Tenancies Legislation. There are many benefits to securing standard copies of various landlord forms especially if you are merely starting your property business. These benefits include the following:

Imagine if you only communicate to your tenants verbally or through phone or haphazardly written notes, it would be chaotic. This method will be open to miscommunication and misinterpretation. If you only talk with your client regarding rent increases or other important agreements it would be hard to implement them and may also be a potential cause of legal action later on.

By having standard forms everything would be documented which means that nothing is left to chance; everything is clear and can be looked up again whenever there is a need to. If you have tenants in Sherwood Park and other locales, all of them will be advised the same way.

Moreover, it will help you to have a better relationship with your tenants because having official forms and notices imply that you mean business and you are objective and fair.

A professionally managed business needs to abide by certain standards and having forms that are accurate and regulation-compliant is a good way to help the business be more efficient and effective. Moreover, regardless of who takes over the business, the forms and standards will ensure a smooth transition and transfer of authority.

• Helps in improving accuracy and credibility

Moreover, information would be passed on without misinterpretation or inaccuracy from the landlord to the tenants, regardless of the number.

By using standard forms your tenants can readily get accustomed to them. This will help them to readily identify fake documents if ever there are spammers or other people who have illegal intentions. It will also help them not to deal with fraudulent transactions that are using your landlord-tenant relationship as leverage.

The items above are just some of the advantages of having standardized landlord forms. Managing tenants are difficult enough and without these kinds of forms that serve as a guide among landlords like you, the ordeal would be much harder.

The next time you try “saving” money by not acquiring standard landlord forms, go through the benefits again so that you would be reminded of what you are missing and your real loss.

Get advice from the experts before initiating the eviction process.

We use cookies on our website to give you the most relevant experience by remembering your preferences and repeat visits. By clicking “Accept All”, you consent to the use of ALL the cookies. However, you may visit "Cookie Settings" to provide a controlled consent.
Cookie SettingsAccept All
Manage consent

This website uses cookies to improve your experience while you navigate through the website. Out of these, the cookies that are categorized as necessary are stored on your browser as they are essential for the working of basic functionalities of the website. We also use third-party cookies that help us analyze and understand how you use this website. These cookies will be stored in your browser only with your consent. You also have the option to opt-out of these cookies. But opting out of some of these cookies may affect your browsing experience.
Necessary Always Enabled
Necessary cookies are absolutely essential for the website to function properly. These cookies ensure basic functionalities and security features of the website, anonymously.
Functional
Functional cookies help to perform certain functionalities like sharing the content of the website on social media platforms, collect feedbacks, and other third-party features.
Performance
Performance cookies are used to understand and analyze the key performance indexes of the website which helps in delivering a better user experience for the visitors.
Analytics
Analytical cookies are used to understand how visitors interact with the website. These cookies help provide information on metrics the number of visitors, bounce rate, traffic source, etc.
Advertisement
Advertisement cookies are used to provide visitors with relevant ads and marketing campaigns. These cookies track visitors across websites and collect information to provide customized ads.
Others
Other uncategorized cookies are those that are being analyzed and have not been classified into a category as yet.
SAVE & ACCEPT
Call Us Today!